Why men should wear pants 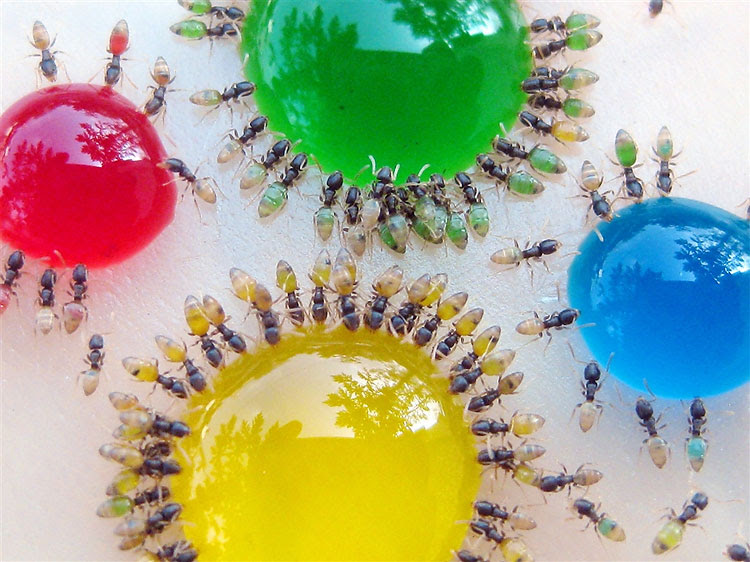 An ant’s trans­par­ent abdomen shows the colour of the food they have eaten. 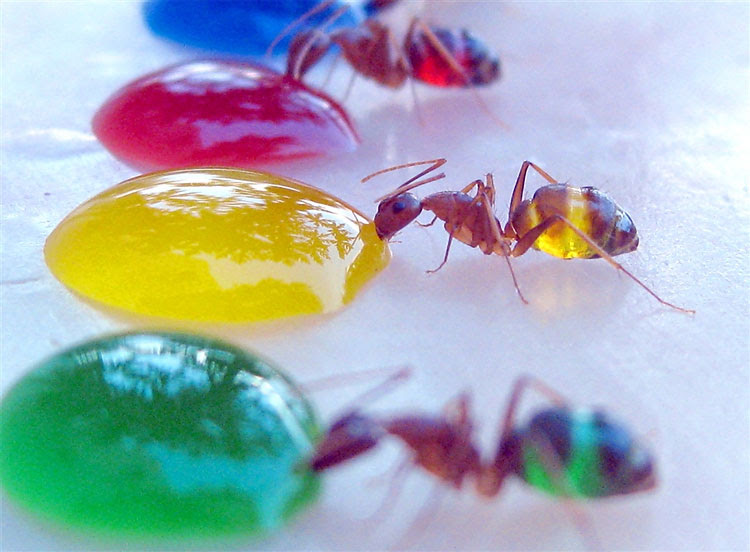 Some of the ants even wan­dered from one colour to another, cre­at­ing new com­bi­na­tions in their tummy.. nyam-nyam! The ants seemed to pre­fer lighter colours such as greens and yel­low to darker blues.

Nimra, a one year old cat, sits with her kittens and seven chicks in Amman May 13, 2007. Nimra has been taking care of the chicks after their mother died.

NAIROBI (AFP) – A baby hippopotamus that survived the tsunami waves on the Kenyan coast has formed a strong bond with a giant male century-old tortoise, in an animal facility in the port city of Mombassa.

The hippopotamus, nicknamed Owen and weighing about 300 kilograms (650 pounds), was swept down Sabaki River into the Indian Ocean then forced back to shore when tsunami waves struck the Kenyan coast on December 26, 2004 before wildlife rangers rescued him.

“It is incredible. A-less-than-a-year-old hippo has adopted a male tortoise, about a century old, and the tortoise seems to be very happy with being a ‘mother’,” ecologist Paula Kahumbu, who is in charge of Lafarge Park, told AFP.

“After it was swept and lost its mother, the hippo was traumatized. It had to look for something to be a surrogate mother. Fortunately, it landed on the tortoise and established a strong bond. They swim, eat and sleep together,” the ecologist added. “The hippo follows the tortoise exactly the way it follows its mother. If somebody approaches the tortoise, the hippo becomes aggressive, as if protecting its biological mother,” Kahumbu added.

“The hippo is a young baby, he was left at a very tender age and by nature, hippos are social animals that like to stay with their mothers for four years,” he explained.

This is a real story that shows that our differences don’t matter much when we need the comfort of another. We could all learn a lesson from these two creatures of God. Look beyond the differences and find a way to walk the path together.

World’s Ugliest Dog Contest is an annual contest held in Petaluma, California, U.S., as part of the Sonoma-Marin Fair, to decide which of the dogs entered in the contest is the ugliest. Along with the title of “The World’s Ugliest Dog,” the winner’s owner gets a USD $1,000. Cash prizes for the winner however are just a part of the booty taken home by the winner….but the real prize is that the dog and owner are launched into worldwide fame, appearing on talk shows and newspapers around the world.