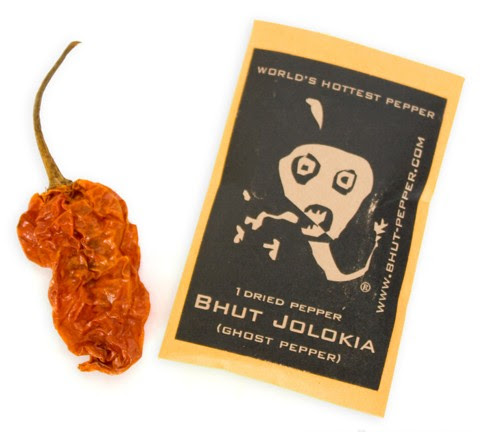 Here’s the pepper that is literally the king of all peppers: the Bhut Jolokia which is the World’s Hottest Pepper. Are you man (or woman) enough to take on the ghost pepper?
These peppers are so hot, that it’s recommended that you wear gloves even when you’re just handling it. Even the most daring of your friends will find the Bhut Jolokia a force to reckon with. It’s hot enough to make your eyes water even just by being in close proximity of the pepper. But it’s not just something for novelty purposes, either. It actually makes for a pretty good ingredient if you’re into cooking, and it’s even got some healing properties  as well. How’s that for hot?
Bhut Jolokia: The World’s Hottest Pepper

Described as a smoky – almost melony – flavor, it’s a great accompaniment to salsa and meat dishes. Just be sure to use it in moderation! Scoville Heat Units are used to gauge the heat of spicy foods. Jalapenos score 3,000-6,000 SHU. Habaneros score 300,000 SHU. And the Bhut Jolokia? A staggering 1,041,427 SHU!
But the Ghost Pepper isn’t just for pepping up your chilli. For years it has been used to treat pains like migraines, arthritis, muscle pain and sinusitis. It contains Capsaicin, which is said to ease digestion problems, lower blood-pressure and boost energy levels. Hot and handy? That’s our kind of vegetable! 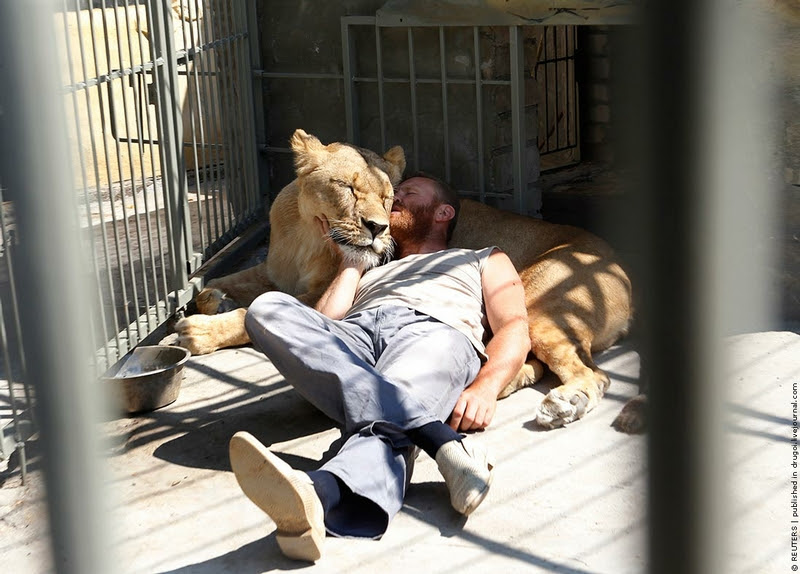 Do you think predators are dangerous and need to be avoided? Well, there are people who will disagree with you. 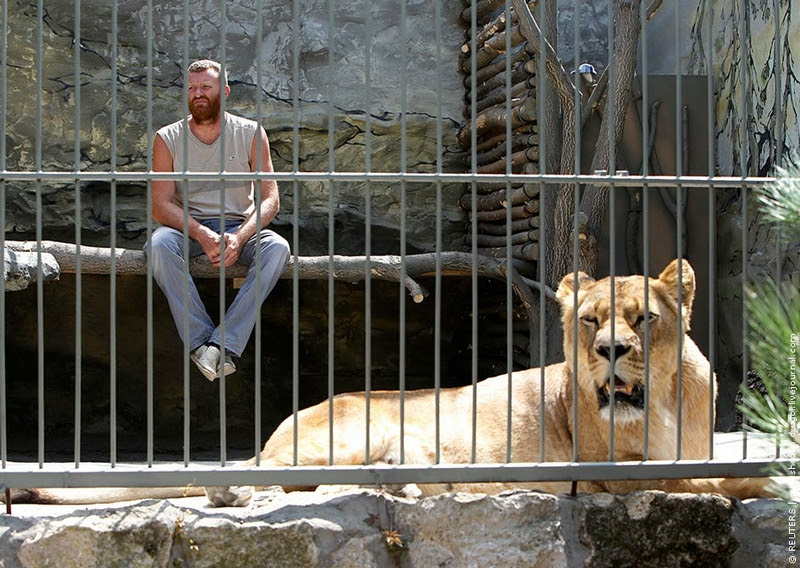 An animal painter Alexander Pylyschenko who owns a small private zoo in Ukraine set his mind to stay inside the cage with a pregnant lioness Katya for 5 weeks and even help her deliver the cub. Alexander came to know about the record set by an American zoologist and insists on beating the record. Money he can get will be spent on food for his animals. 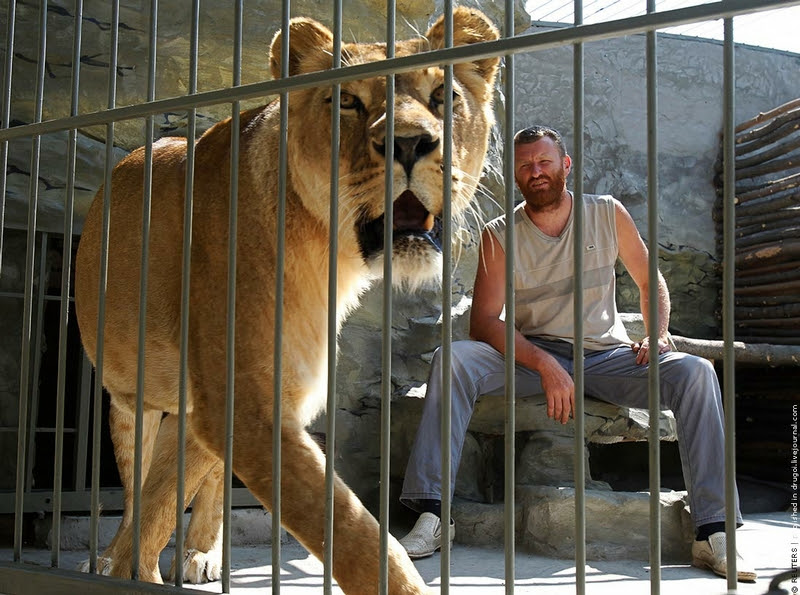 The cage has a shower and WC. Alexander is going to sleep on a straw carpet and eat as often as the animals in the cage do. The cage is also equipped with 3 cameras broadcasting the events happening inside to a special site that was created for the project.

His wife is worried for her husband. According to her words, Katya has been with this family for 9 years and loves Alexander a lot. But the thing is that she is s predator and it’s not possible to predict her behavior. Alexander has no place to hide and the entire project is based on trust. 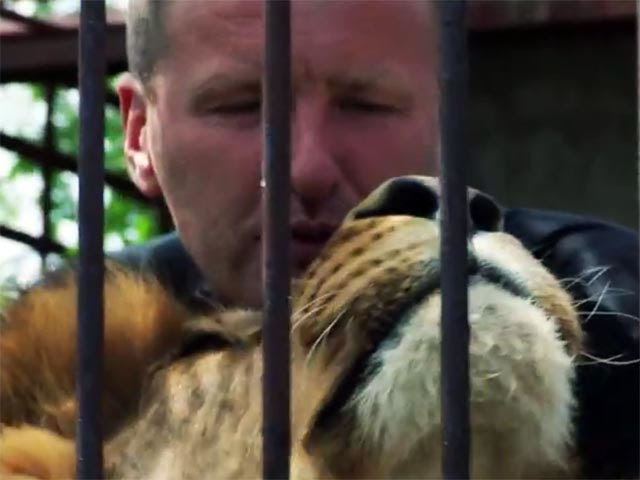 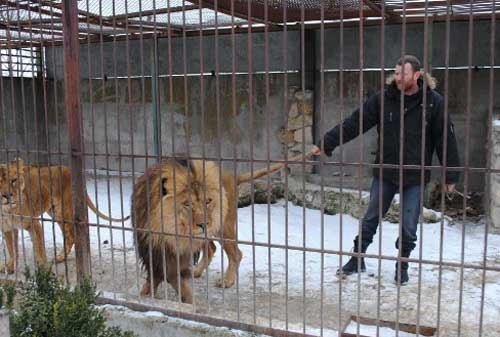 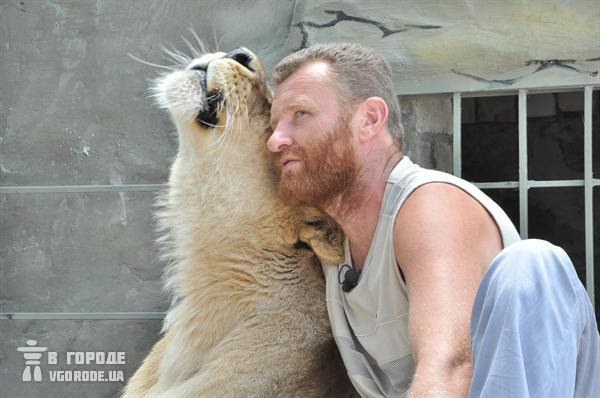 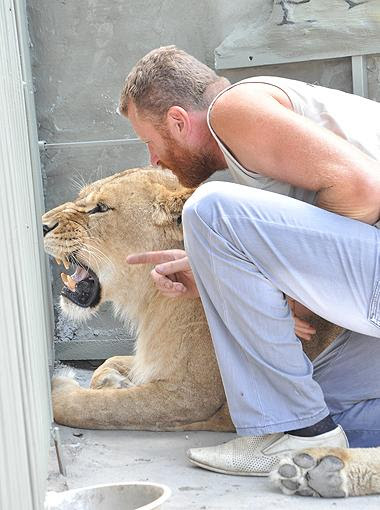 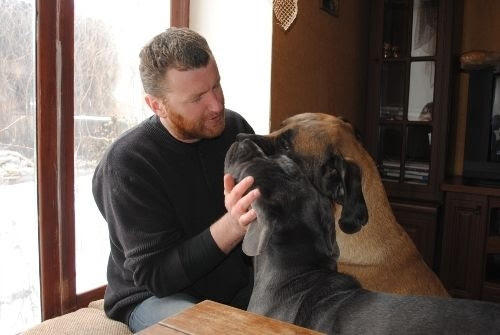 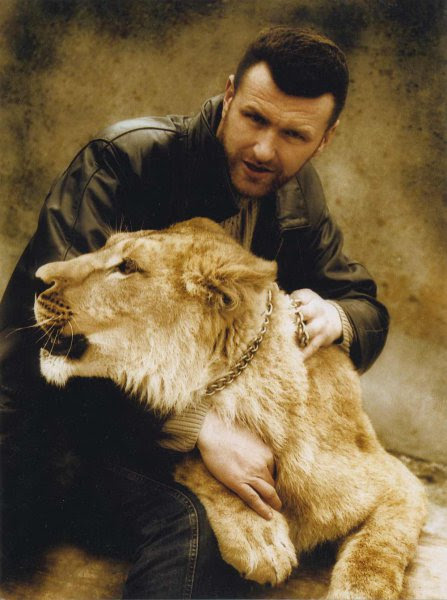 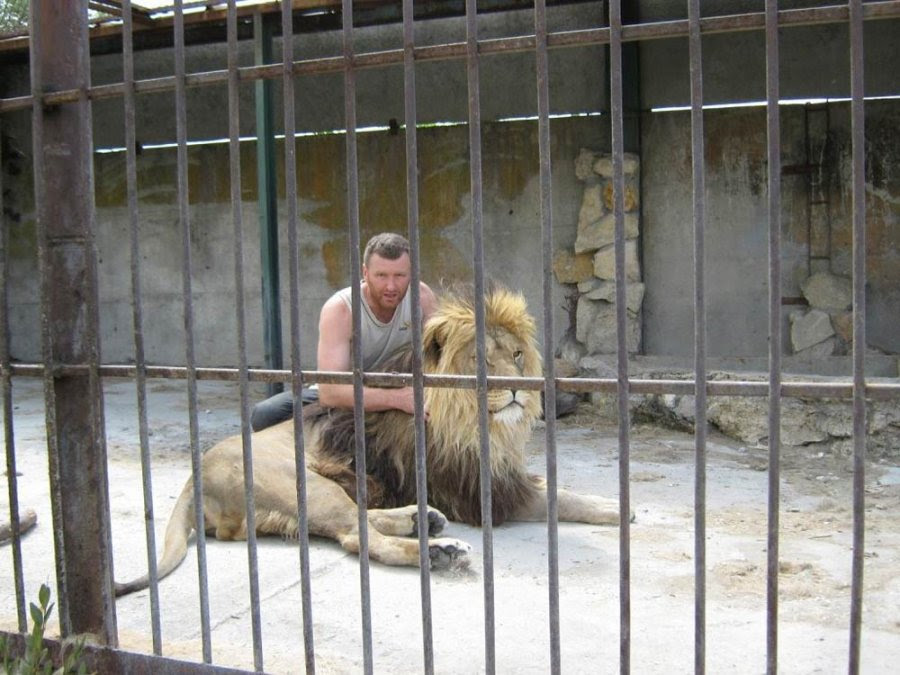 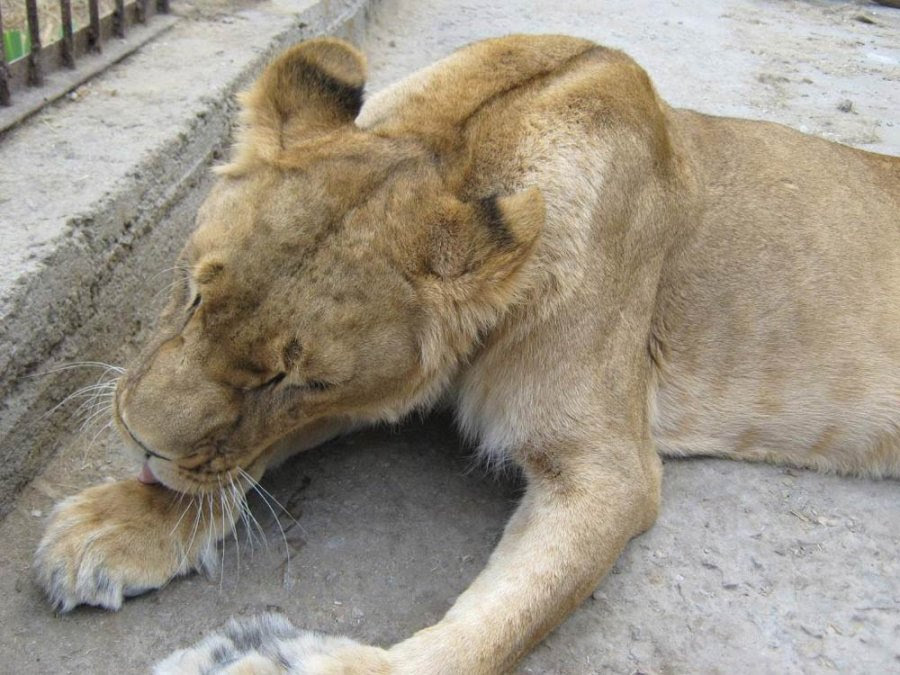 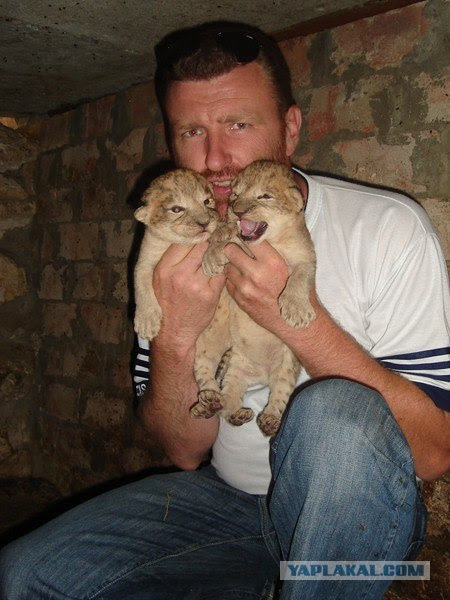